The United Way of  the Northern Shenandoah Valley (UWNSV) will be conducting a collection effort to supply teachers with necessary items.

We spoke with the UWNSV’s Senior Director of Community Investment Jennifer Hall about this weekend’s effort in our latest news maker.

Jennifer tells us about the collection effort at the Walmart in Woodstock.

She also tells us about some very alarming statistics when it comes to teaching in the Shenandoah Valley.

Jennifer also tells us how you can help by making a donation of simple items.

There is also a need for volunteers to help with the drive itself.

Woodstock Authorities report an arrest in a structure fire over the weekend.

The Shenandoah County Department of Fire and Rescue reported to a structure fire around 10 p.m.  Fri. Aug. 12 on West Locust Street in Woodstock.

The structure was fully involved when firefighters from several regional companies arrived.

By 2:10 Saturday morning the fire was under control.

During the investigation authorities reviewed security footage that revealed a person in distinctive clothing in front of the structure before the fire was reported.

The footage led to the arrest of Ray Boyd Kerns of Toms Brook.

Kerns has been charged with one felony count of burning or destroying a building or structure.

Kerns has also been charged with a count of intentionally destroying, defacing or damaging a building.

Kerns was a member of the Woodstock Fire Department and is currently suspended.

The Woodstock Fire Department report that they are cooperating fully with investigators.

No other buildings were damaged and no injuries were reported in the incident.

The Page County Sheriff’s Office reports the cellphone mail scam has been reported in the county.

The scam appears to come from a number of  postal services.

Usually the scam starts with the message by text on your cellphone.

The message typically reads that you have a package that needs to be delivered, but it has been suspended due to an incorrect address.

The text will typically have a link to what looks like it originates from the US Postal service.

People are advised not to click on the link as it is a phishing scam.

The United States Post Office, Amazon, Google generally none of the agencies like them are going to send text of this nature.

Any type of information update from any of those agencies is done through email.

The email usually will link to a secure website where you are able to verify the information.

The Commonwealth added the new Troopers after commencement exercises from the State Police Training Academy in Chesterfield County Fri. Aug. 12.

After completing 28 weeks of training the 136th class of graduates will now face 6 weeks of more training under the guidance of a training officer.

The class of 2022 comes during the 90th anniversary of the VSP.

This class had graduates from all across the United States including Virginia, California, Iowa, Maryland, New Hampshire and Washington.

For information and details on other opportunities with Virginia State Police and the upcoming 137th class of recruits click here.

The Board confirmed that the school budget is set for a review and feedback by both Board members and a WCPS liaison committee at a future meeting.

Board Chairperson Cheryl Cullers stated at the meeting that the Board never considered cutting salaries.

Cullers also reiterated the sentiment to disregard any comments regarding the budget that are found on social media.

The Board Chairperson suggested that if you have any questions regarding the budget to come to the board and talk to them.

The video of the full Warren County Board of Supervisor’s meeting is found here.

The issue of the budget specifically starts approximately 1 hour and 17 minutes into the meeting.

The American Red Cross is reporting a 20 percent drop in the blood supply.

Lisa tells us that the 20 percent drop is typical for this time of year.

She also tells how we can help in the situation.

Lisa also gives us some insight on donating blood.

If you can make an appointment to donate blood at redcrossblood.org using your zip code to give at a time that is convenient for you at a location near you.

Welcome back to Furever Friday! Each week, we spotlight an adoptable Pet from the Humane Society of Warren County.

This week we’re featuring Charlotte a beautiful 4 year old uniquely colored tabby cat. She does have the color of a tabby with orange and white markings like a calico, they call that tabico. Charlotte is other cat friendly and is ready for adoption. Charlotte like all adoptable animals at the shelter is vaccinated, combo tested, microchipped, spayed and or neutered.

If you are interested in giving Charlotte her furever home, please visit humanesocietywarrencounty.com  to fill out an adoption application. Once the application has been processed, a staff member will contact you with the next steps.

You can also check out the Humane Society of Warren County’s adoptable pets on petfinder.com. 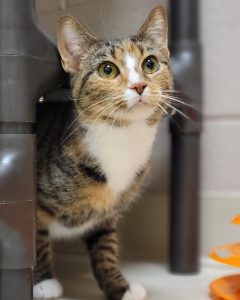 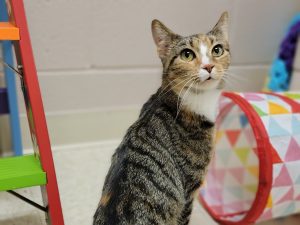 Some sporadic setups have been known to start as early as the Friday before along Route 11.

The annual event has been known to attract people from all over the United States and has grown to include specials from brick and mortar vendors in several of the cities and towns along the route.

More importantly this, for motorist, means extreme caution needs to be taken when traveling Route 11 in that stretch.

The travel will be slow and people can be known to cross Route 11 in many unexpected locations.

Cars have been known to move exceptionally slow and stopping suddenly and indiscriminately along the route.

Caution is advised while traveling on Route 11 Saturday officially or if you are not into yard sales avoiding  the road all together on August 13 if you can.

Because Law Enforcement are often the first on any scene needing to secure it before Emergency Personnel can even enter the area medical kits have been requested and received.

It is vital that those Officers have the equipment and training to provide those measures.

According to Winchester City’s website this is why the Winchester Trauma Leadership have requested and received $10,000 worth of equipment.

The kits are provided by the Winchester Medical Center (WCM) Foundation and will be regularly updated and swapped out for hospital use before they expire.

These kits include all the items necessary for Officers to begin lifesaving measures immediately.

Training of Law Enforcement personnel will be provided by Winchester Fire and Rescue Personnel.

The Winchester Society for the Prevention of Cruelty to Animals (SPCA) has a number of  special activities going on.

We spoke with Winchester SPCA Executive Director Lavenda Denney about it in our latest news maker.

Lavenda tells us that special pricing is now available on all adoptions for a limited time.

She also tells us that the Winchester SPCA is putting together their first ever calendar.

The calendar includes pictures of local pets and Lavenda tells us how to get involved.