By MATTHEW BARAKAT and SARAH RANKIN

Herring and Ayala will join gubernatorial nominee Terry McAuliffe at the top of the Democratic ticket in November as the party seeks to extend a 12-year winning streak in statewide races.

Herring defeated Norfolk Del. Jay Jones in the attorney general primary, even though Jones was backed by Gov. Ralph Northam.

Northam’s endorsed candidate fared better in the lieutenant governor race, though. Ayala was the favorite of establishment Democrats, including Northam and House Speaker Eileen Filler-Corn, and defeated Del. Sam Rasoul, who was favored by the Democratic left.

Republicans chose their statewide candidates in a nominating convention last month. The GOP hasn’t won a statewide race in Virginia since 2009.

Herring won the Democratic nomination in the race for attorney general Tuesday, fending off a challenge from a state lawmaker who sought to cast Herring as insufficiently progressive.

Herring, who is seeking a third term, will face Republican state Del. Jason Miyares in the November general election.

“After eight years of unprecedented progress, we’ll have the opportunity with a Democratic majority to break progressive ground like never before,” Herring said on Twitter after he was declared the winner.

Jones conceded and tweeted that he’ll work to elect Herring and the entire Democratic ticket.

Herring is a former state senator who became attorney general in 2014 and was reelected easily in 2017. He pitched himself to voters as a progressive champion on abortion rights, gun control and immigrant-friendly policies and argued that his experience made him the best choice to keep the office in Democratic control.

Herring has touted his record battling former President Donald Trump’s policies in court, his work to eliminate Virginia’s backlog of untested rape kits, his defense of marriage equality, and his efforts to hold manufacturers accountable for their role in the opioid crisis.

Jones, a Black 32-year-old two-term delegate, argued it was time for change and sought to cast Herring as slow to respond to the reckoning sparked by the police killing of George Floyd last summer.

He repeatedly criticized Herring, who is white, for creating an animal rights unit before an office of civil rights. Jones said that as attorney general he would use the office to more aggressively investigate police shootings.

Another issue in the sometimes-contentious race was Herring’s acknowledgement in 2019 that he had worn blackface in college.

During a debate, Jones attacked Herring not for having worn blackface but for what he described as an insincere apology at the time to the legislative Black caucus.

Jones picked up Northam’s endorsement in a move seen as a significant snub of Herring. He also had the backing of former Attorney General Mary Sue Terry, the first and only woman ever elected to statewide office in Virginia, and U.S. Rep. Elaine Luria.

Many other establishment Democratic figures, including two of the state’s most powerful Black lawmakers, had endorsed Herring.

Miyares issued a statement after Herring’s victory calling the attorney general too liberal.

Del. Hala Ayala, who launched her political career in 2017 in response to the election of Donald Trump, won the Democratic nomination for lieutenant governor, boosted by the endorsement of Gov. Ralph Northam.

Ayala was the favorite of the Democratic establishment, and had the endorsement of House Speaker Eileen Filler-Corn as well as Northam. She defeated Roanoke Del. Sam Rasoul, who had been a slight favorite and the preferred candidate of the party’s progressive wing.

In a statement issued after her victory, Ayala emphasized her personal story, as she did throughout her campaign, including her father’s death to gun violence and a harrowing pregnancy where she relied on Medicaid for health care.

“I understand the struggles so many Virginia families face because I’ve lived them,” she said.

Ayala ran for delegate after helping organize the Women’s March on Washington after Trump’s election in 2016. She went on to defeat a four-term incumbent, Richard Anderson, who now chairs the Republican Party of Virginia.

Late in the campaign, Ayala accepted $100,000 from Dominion Energy’s political action committee, despite a pledge to environmental group Clean Virginia — which itself had donated $25,000 to Ayala’s campaign — that she wouldn’t do so.

“Delegate Ayala has proven that Virginians cannot trust her, that her pocket is prime for lining, and that her loyalty can be bought,” Sears said in a written statement.

The lieutenant governor presides over the state Senate and can break tie votes in a chamber that is narrowly controlled by Democrats. The post has often served as a launching pad for gubernatorial bids. 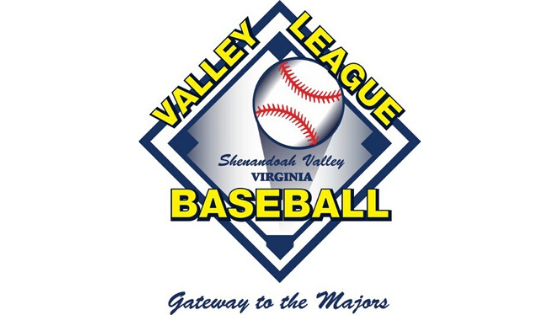