As you prepare for your Thanksgiving feast and hopefully long weekend, a HUGE thanks to everyone who had a hand in making our 13th Camping For Hunger a big success again this year. Last week we raised almost $10 thousand in cash plus a full bus of non-perishable food that will enable Front Royal/Warren County CCAP feed our neighbors in the months to come. To you who donated, our drop-off locations, local law enforcement, and sponsors, we can’t thank you enough. Once again, and incredible example of a community coming together for a common cause. There’s probably a lesson in there somewhere.

Remember the famous line from one of the Godfather movies: “every time I try to leave, they pull me back in!” ? Or something to that effect. The Washington Football team has done that to me. Left for dead at 2-6, I was content to find other things to do on a Sunday afternoon, and for the first time in my life had no aversion to turning the game off before it was over. Well, look what has happened…again. The Football Team has reeled off 2 consecutive victories against the likes of Tom Brady & the Bucs, and the Carolina Panthers. All of a sudden, there are those who are daring to use the “P” word (cue Jim Mora’s famous “Playoffs! rant). While I’m not ready to take that leap, the last two Sunday’s have been fun, if not nail-biting, as the WFT has improved to 4-6, with 2 winnable games ahead. I think I just jinxed ’em.

Washington has become relevant again, thanks in no small measure to the quarterback play of Taylor Heinicke. The journeyman from Old Dominion has played with confidence the last two weeks, and looks like he’s having fun. He is playing with a gunslinger mentality, much like his idol Brett Favre. Heinicke is taking advantage of his second-chance opportunity in the NFL, and is performing like someone with nothing to lose. In the last two games, he has outdueled the GOAT (Brady) and took the spotlight away from Cam Newton, who was supposed to have made his triumphant return to Carolina on Sunday. Heinicke’s supporting cast has stepped and made big plays, too. WR Terry McLaurin is an absolute beast, while a trio of running backs hammered the Panthers for an old-school 190 yards.

And, has anyone noticed that the defense has played much better the last 3 weeks, giving up just an average of 20 points per contest? The loss of Chase Young for the season is certainly a big-picture loss, but last Sunday the defense performed as a team, instead of a collection of individual parts.

So, here we are again, at a place we WFT fans seem to be every season, playing the game of “if we beat this team, and so-and-so loses to so-and-so, we’ve got a chance to make the playoffs.” With a home Monday night game looming against the 3-7 Seahawks and a road contest against the 5-5 Raiders, 6-6 looks possible, leaving a stretch run against mostly division opponents. Maybe, just maybe…

Like Al Pacino, I think I’ve just been pulled back in.

Until the next visit from the Booth, Happy Thanksgiving, Hail WFT…and GO HORNETS!

News Maker Tom Eshelman on Christmas in the Valley 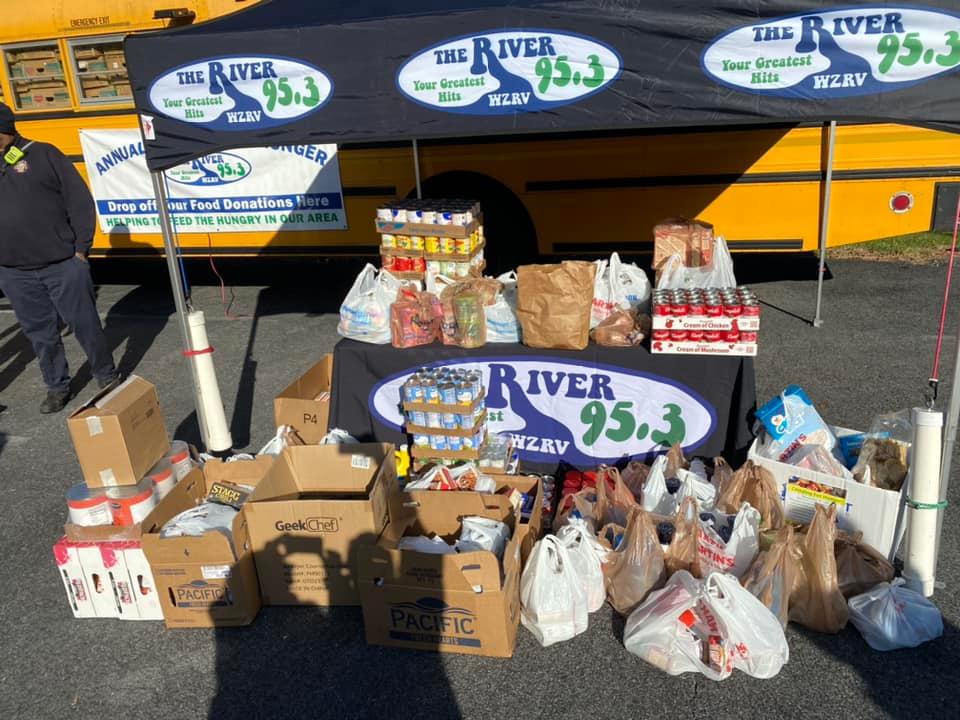 C-Cap estimates 7,000 people will be fed thanks to you

WCFR had a busy Thanksgiving day

News Maker Tom Eshelman on Christmas in the Valley

C-Cap estimates 7,000 people will be fed thanks to you

WCFR had a busy Thanksgiving day